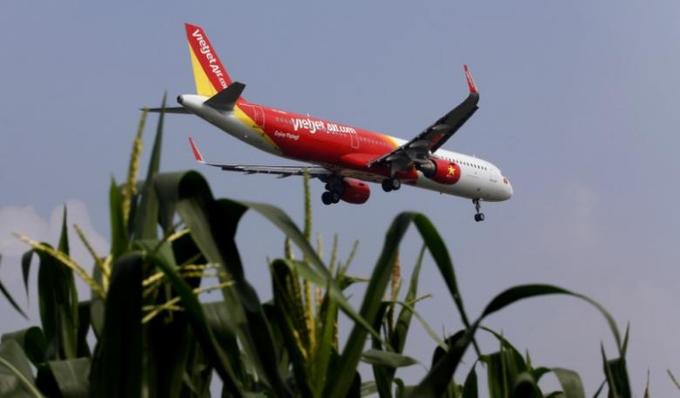 The plan comes amid the government’s easing of rules to potentially allow more foreign investment in the aviation market.

VietJet Aviation Joint Stock Co., which controls almost half of Vietnam’s domestic airline market, is in talks to become the first company in the Southeast Asian nation to list its shares in an overseas stock exchange, Bloomberg reported.

“We’ve been approached by some foreign stock exchanges including London, Hong Kong and Singapore, which expressed their interest in our stock,” Nguyen Thi Phuong Thao, VietJet’s founder and chief executive officer, was quoted as saying on Sunday. She added that she will meet exchange officials in New York later this week.

According to Bloomberg, Hanoi-based VietJet reportedly received shareholder approval in April to boost its foreign ownership limit to 49 percent from 30 percent.

The increase will need to be approved by the government because foreign ownership in the industry is currently capped at 30 percent.

“We don’t want to hide our hope to become the first Vietnamese company to list shares overseas,” Thao reportedly said.

Her “bikini” airline, nicknamed after its unique yet controversial promotional campaign for depicting a female crew in bikinis, now rivals national carrier Vietnam Airlines in the local market.

It went public in Vietnam in late February in a move deemed successful by local media.

Thao, Vietnam’s richest woman, said publicly in April that her carrier was not competing directly with Vietnam Arlines. “We create our own customers. We do not take them from others.”